Alt. Reality
Co-produced by The Jim Henson Company, Real Networks and Warner Bros. Studio 2.0, Alt. Reality is a puppet-based sketch show that parodies the reality TV genre.  Shot completely on a greenscreen stage and heavy post-production give this show a look and feel never done before with puppets. 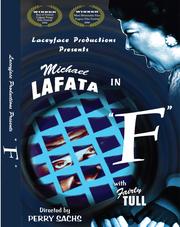 "F"
Set in the 1940's and filmed in black and white; this dark film-noir comedy chronicles the life of Joseph Smoot-Nibbley, a decent man struggling with his indecent desire for feet.  He finally falls in love with the girl's foot of his dreams only to discover her digits are off limits.  Hidden below the city streets from a society that shunned him away, Joe tells his own story of love and rejection.


Jibby, the Street Prophet
The story of a young man’s search for the truth and the hobo who takes him in and shows him the way.

Ghostfacers
A spin-off from The WB television series Supernatural, Ghostfacers follows the adventures of paranormal investigators Harry Spengler and  Ed Zeddmore along with their team of ghost hunting um... experts?

Dirty Picture Cover Up is a half-hour comedy game show that has two teams going head to head in a battle of artistic, creative and mildly offensive supremacy. The game is simple. Draw a dirty picture. Turn that dirty picture into a non-dirty picture. Give that new picture a silly title. Win! 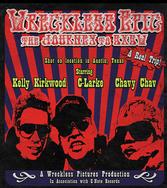 ​This television action/comedy follows the story Mark Twist, a voice over artist with voices in his head.  Mark is trying to escape his checkered past, but his voices are a double-edged sword. On one hand, he uses them to further his career and create a new life for himself.  On the other, he has a bunch of violent psychotics inside of him making him do things he doesn’t want to do. 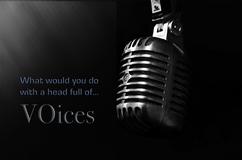 Love is Afoot!
Love Is Afoot! is a completely original, outlandishly funny, ‘out-of-the box’ musical romantic comedy feature film. Set in the late 1940s and early 50s, the movie will have the look, feel and smell of the big MGM smash hits from that era. Adapted from our award-winning short film, "F" , Love Is Afoot! follows the life and times of Joe Smoot-Nibley. It’s the classic boy meets girl, boy loses girl, boy gets girl (and her feet) love story.

Wreckless Epic: A Journey to SXSW
Combining documentary style filmmaking and improvisational performances, with a scripted story line, Wreckless Epic is a feature film that chronicles the path of an ex-hip hop executive turned indie music producer who is searching for the next big thing. Fictionalized characters integrate into the real SXSW world of music and film against a backdrop of 20+ live band performances by some of the hottest indie bands in the world.